Training rides for the Lejog ride. 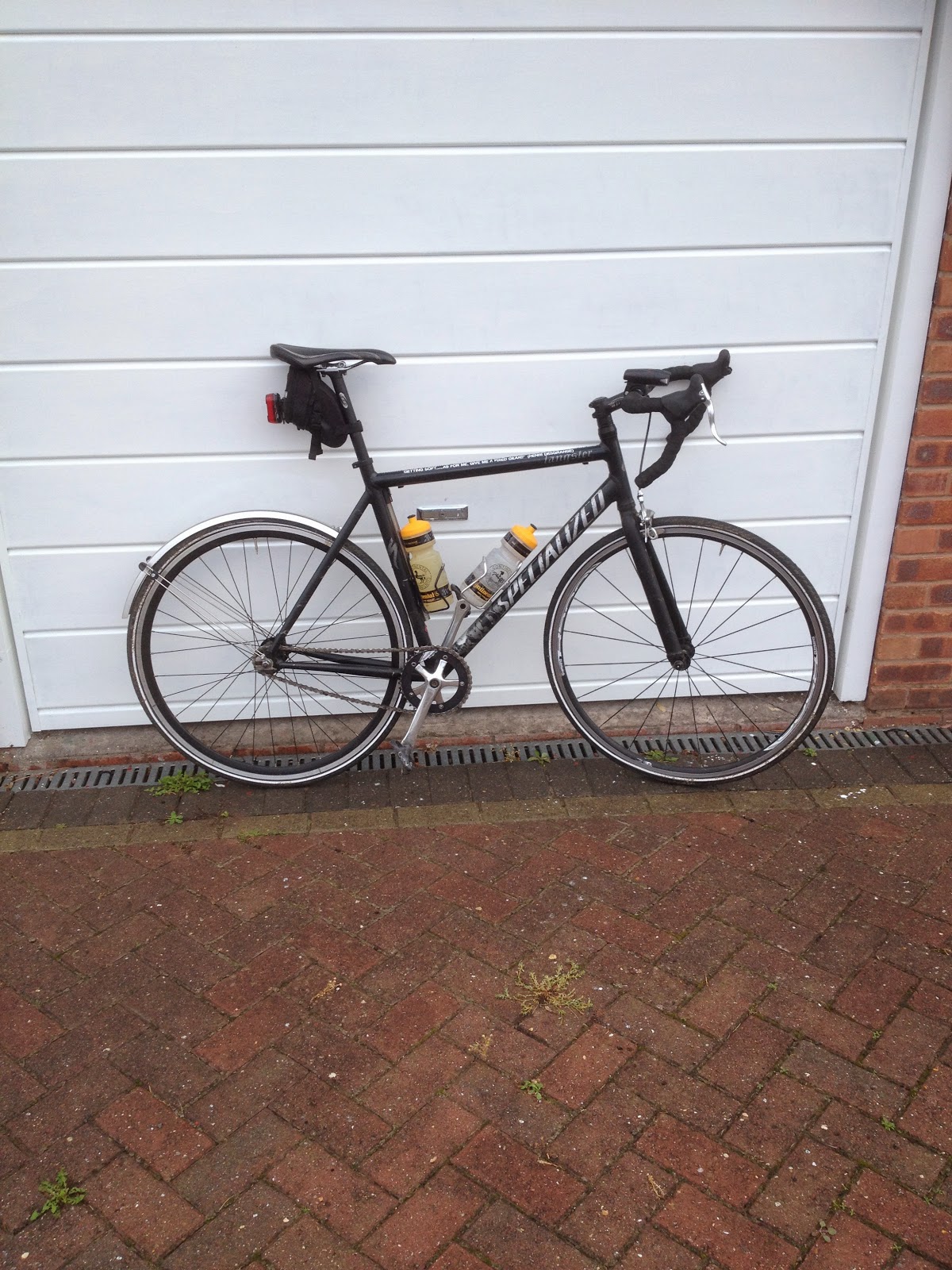 I've been doing quite a few miles as training for the Lejog ride. I'm averaging about 150 miles a week and the longest ride I've done was 102 miles. For Some of the rides I'm using the penny farthing but mainly I'm riding a basic fixed gear road bike.

The thinking behind this is that the road bike is easier to fix at the road side should anything go wrong and it's keeping the miles off the penny farthing which is a much more fragile machine. The fixed gear bike is good training anyway as you are forced to keep pushing on up hills and you don't really get any rest coming down them.

So the fittness is building nicely although I'm not doing any intense efforts, for the penny farthing Lejog it's all about long slow days so that's how I've been training. This won't have helped my performance in a recent cycling hill climb up Shelsely Walsh as that was a flat out effort of 4 minutes. With specific hill climb training i'm sure I could have gone a bit faster but you can't train properly for everything. I was still the 2nd fastest of the over 40's so I didn't do too badly.

The other thing I've been spending a bit of time on for the Lejog ride is making sure I don't run out of phone battery life. I really want to record the whole ride to strava. Strava is used by cyclists to log training rides and races. It's great as it also uses gps to track and record you onto a map so you can see exactly where you have been. Using strava on my phone Zapps it's battery a bit and as I also plan to use the phone for photos and uploading to here and twitter on the ride I needed to look into ways of charging it on the move.

What I've come up with is this. I've made a new rear wheel for the penny farthing, using a 20" rim that is a special for penny farthings and I've built it up onto a shimano dynamo hub that was ment to go in the front wheel of a brompton folding bike. I used the brompton hub as it is really narrow and it fits into the rear forks of the penny farthing without having to modify them. I've fitted a solid tyre onto the rim so it's still pretty authentic. To convert the power generated from the hub to a phone charger I bought a device from the USA. It's called a sinwave revolution . Basically it converts the dynamo output to a USB socket so I can now charge anything that normally charges from a USB cable.

I've been using this set up for a couple of months now and it easily generates enough power to keep my iPhone on full charge. Even when the screen is on constant, I'm using a sat nav app and strava running in the background the battery doesn't drop. I've tried running the battery down on the phone first and then using it and it recharges it fine even with everything running at the same time.
Posted by Davep at 08:15 No comments: