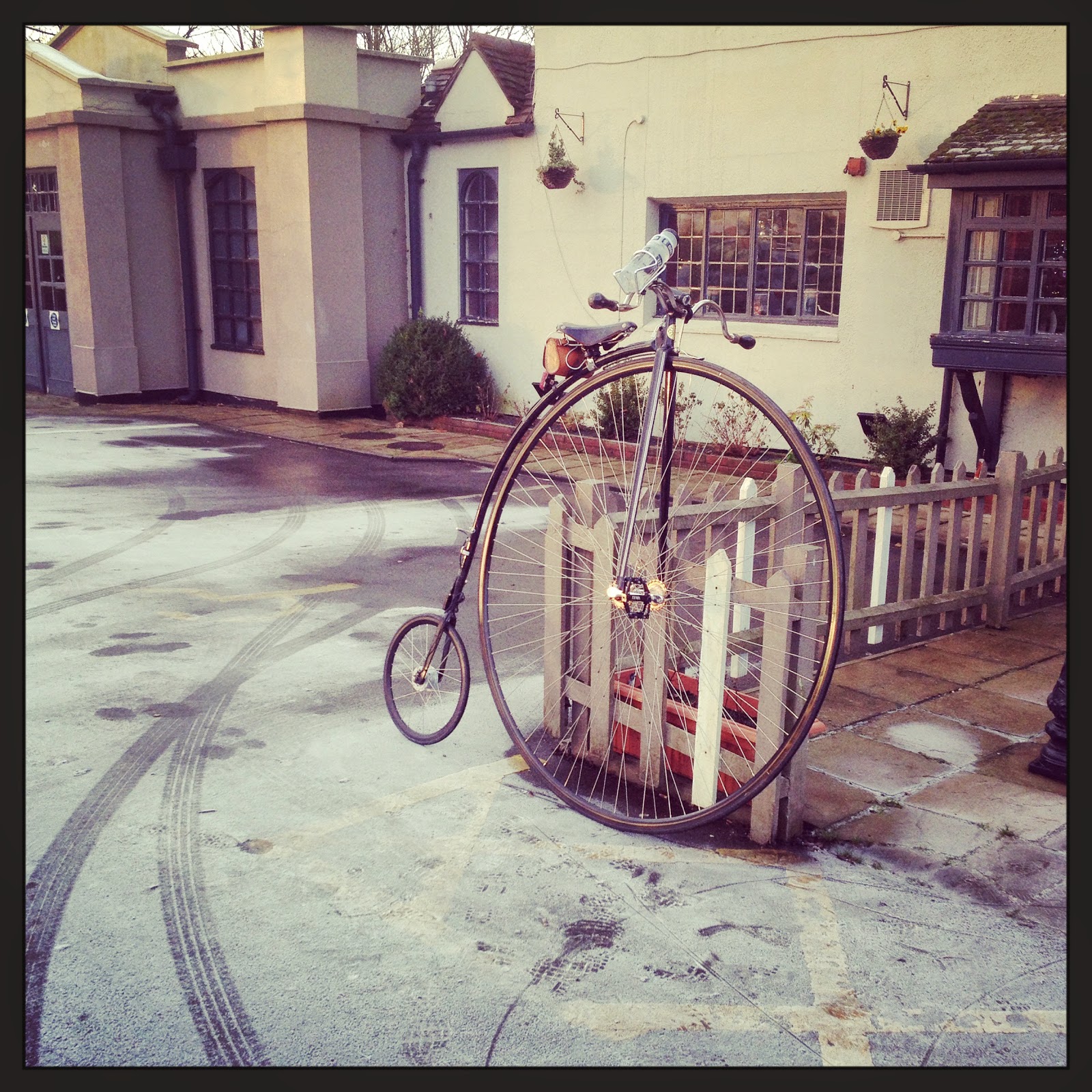 I had a few days off over new year so I decided it would be a good idea to try 2 back to back days on the penny farthing. The first day turned out to be a ride of almost 60 miles and took a little longer than planned. This was a bit of a problem, but only as my front light stopped working! The lessons learned from today were, 1 I'm going to need a new front light and 2 I need to avoid hills where ever possible as they really zap my average speed.

The second day was a shorter day of about 40 miles and was on flatter roads. My average speed was much better and I finished the ride in daylight. The only thing to note from today's ride was how difficult it was to ride into a strong headwind . Hopefully I will get a tailwind for the end to end in April!

So all in all, the training is going well, the end to end ride will prove to be a real test but with a bit of luck and fingers crossed for good weather it should also be great fun!
Posted by Davep at 14:10