The plan for today was to ride to Bristol, a journey of about 70 miles, so hopefully it would be our longest ride of the trip so far.

The weather was again looking good and surprisingly my legs felt OK as well. After 3 days I was starting to grow in confidence, I found myself cycling along and actually starting to think I may have a decent chance of getting to John O'Groats after all. 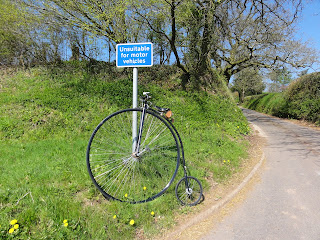 The roads were far flatter today and progress was, well not fast but much better than the previous days. At one point in the morning I was actually averaging just over the magic 10 mph that I had hoped for. 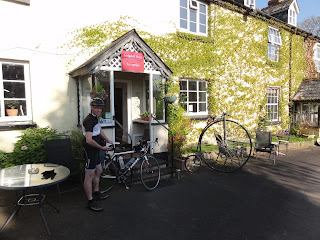 As the day went on we continued to make good progress and it was looking good for us to reach Bristol as planned. Our route took us into Bristol fairly close to the airport and we had thought this would make it easy to find accommodation for the night.

Unfortunately everywhere we passed was already full. The only place that did have a room wouldn't let us store our bikes anywhere that was secure. All they offered was to prop them up against a wall in full view of the busy A38 main road about 10 metres away. Now I'm not that fussy were I end up for the night but I'm not going to leave my bike outside for anyone. So we rode on. 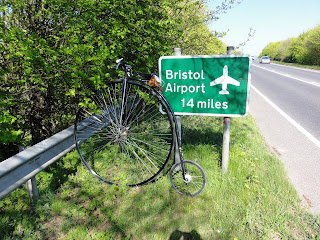 Earlier in the day we had an unexpected problem... Sunburn in April! 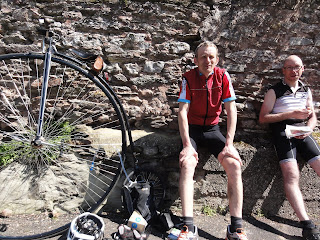 Finally we spotted a sign for accommodation and the place looked great. An old farm house that was sure to have a suitable outbuilding for our bikes. We made our way down the long gravel driveway and knocked the door. No answer. Then a car pulled up, a guy got out and made his way towards us. We asked him if there were any rooms available but he was not the owner. He did have his phone number though so a phone call was made and a few minutes later the owner turned up.
At first he said he was really sorry and he didn't have any rooms.. Then he saw my bike..... He was also a cyclist and had previously done all sorts of cycle tours. We were in luck, he said he'd been really busy on the farm today and the only room he had was one that hadn't been cleaned after its last occupants left that morning. If we didn't mind it not being done it was ours for the night. We snapped his hand off, I was pretty tired and would have slept in a bus shelter if I had had to. 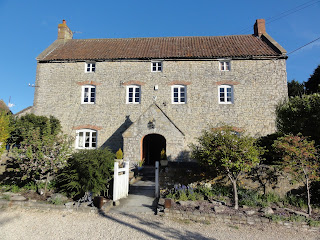 What a result! I think you will agree this is a very nice looking house, and the inside was even better. We had half of the downstairs to ourselves. In fact we had more square footage than my first house! Our bikes had a room, we had a bedroom each, a kitchen, 2 bathrooms and an amazing living room with a huge fireplace. 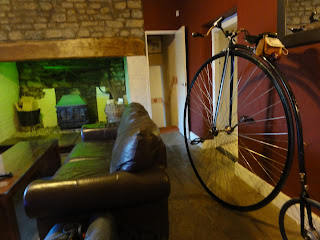 The icing on the cake was that we ended up less than 100 yards from a really nice pub, I refuelled with a massive steak and ale pie and a couple of pints of beer. All in all, a very good day. 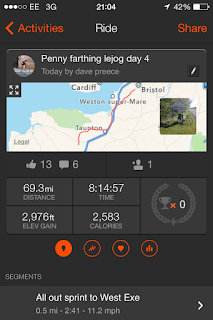